Kirkintilloch golf course ad clubhouse is close to the foothills of the panaromic Campsie Fells and sits within the Burgh of Kirkintilloch which is now known as the canal capital of Scotland.

The course itself was first established in 1895 and was originally designed by the legendary golf course architect James Braid, and is located only 10 miles to the north of Glasgow city centre.  James Braid is a legendary figure in golf course design and hence our golf club is a proud member of the James Braid Golfing Society.

The course continues to evolve and in the last few years we have taken counsel from golf course architects to enhance the course with subtle changes to our layout e.g. new tees, repositioning bunkers and all in line with our 5 year course management plan.  We believe this has led to the golf course earning numerous plaudits since its re-designed layout in 2000 and the continued subtle changes the club embarks on continue to enhance the course.

We are also proud to be able to say that many visitors to the club come back time and time again, both from a playing and a social persective.  A warm, friendly atmosphere always awaits one and all.

We are also extremely proud to have had Scottish golfing legend, Colin Montgomerie as our Honourary President for many years, please click on the Colin Mongtomerie link for his endorsement of our club.

“All who are willing to assist in the formation of a Kirkintilloch Golf Club, or to join it after it is formed, are requested to attend a meeting to be held in the Temperance Hall on Thursday the 13inst (1894) at 8.15pm. Provost Aitken will preside.”

"On Thursday night a meeting of gentlemen favourable to the formation of a local golf club was held in the Temperance Hall. Provost Aitken presided. The Chairman made introductory remarks about the history and value of the game. Some conversations followed on the probability of obtaining a suitable course and ultimately a committee consisting of Rev. Mr. Reyburn, Messrs Alexander, A Stables, J.Cameron Jnr. and H. Scott was formed to obtain information as to suitable ground and to report to another meeting. Ground at Adamslie was spoken of as very suitable, where a course of nine-holes could be obtained.”  At a subsequent meeting on October 3rd, the Rev. Mr. Reyburn reported on behalf of the committee that two fields at Adamslie, combined 29 acres, had been selected.  The ground was secured in December 1894.

"The new golf course was opened for play yesterday. The formal opening will take place later on. Dr. Patrick played a hole or two and Bailie Cowan also went round.”

At a special general meeting on September 27, 1900, it was decided to find a new location for the golf course.  Three fields (30 acres) were leased from Mr. Reid of Balquharrage Farm in October 1900 for an annual rent of £20….The new course was informally opened on March 30, 1901… and the Kirkintilloch Herald of July 10, 1901 contained a report of the official opening of the new course by Provost Cowan……

In October 1905 the possible extension of the course to 18 holes was discussed. A clubhouse fire delayed the extension but it was decided to extend the existing 9 hole course by renting the 12 acre field of the west side of the Avenue leading to the existing course from Mr. Reid. Finally in 1911 negotiations resulted in the Club leasing Mr. Reid’s field to the east of the Avenue and in 1914 Kirkintilloch finally had an 18 hole course….

In the twenties the course was extended with a layout designed by James Braid (opened May 3, 1924) after obtaining a large field to the west of the 2nd tee….

One of the most important decisions of the Club’s history was in 1956 to purchase the land on which the course was located for the price of £3,500…

In 1990 negotiations began, under the stewardship of George Kennedy and the Committee, to purchase additional land to enable the extension and reshaping of the course.  Negotiations concluded, after acquiring 35 additional acres of land, work got underway in 1996 to re-shape the course into the one you enjoy today.  The new course was officially opened on April 1st 2000.

Note: Fields marked with * are required. 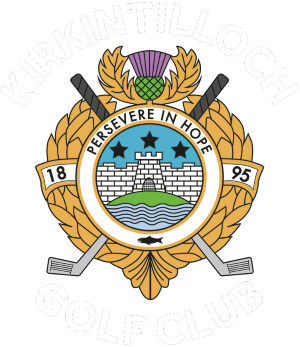